Mbeya Kwanza FC is one of the team participating in the Tanzania NBC Premier League.

On November 30, 2021, Mbeya Kwanza FC will take on Young Africans in another match. It will be held at the same time as the first game of the season.

Mbeya Kwanza FC is participating in the Premier League for the first time. The team has 7 points and is currently 10th in the championship league table while their opponent (Yanga) is leading the league having a total of 16 points.

According to Young Africans spokesperson Haji Manara, the squad that will face Mbeya Kwanza will not be much different from the teams that were scheduled to face other teams in previous Yanga games.

Djigui Diarra is a Malian footballer who plays as a goalkeeper for Tanzanian Premier League club Young Africans and the Mali national team.

According to Wikipedia Djuma was born in 1993 and is 28 years old.

In this match Kibwana Shomari will play as a left back defender, Shomari is one of the best defenders signed from Mtibwa Sugar on a two-year contract.

Bakari Nondo Mwamnyeto is a Tanzanian central back defender and the team cptain for the Yanga SC who has done well for the past several seasons. He is also one of the defenders who has played the most matches in the first eleven of these two seasons.

20-year-old Dickson Job is expected to play in this match as a midfielder, one of the best Young Africans midfielder signed from Mtibwa Sugar.

Mukoko Tonombe is a Yanga player of Congolese origin who plays the role of midfilder. For this match he is expected to play as a central midfielder

One of the players who has been making Yanga SC fans happy this season. He is credited with his ability to strike and score goals on the pitch

Another Congolese who is doing well in Yanga SC, Mayele has made a name for himself after scoring against Yanga traditional opponents “Simba SC” in the last kariakoo derby

A Tanzanian-born player who has been playing for the Yanga Team for several seasons now. Feisal is also known as Fei Toto

He is the best player in the Tanzanian Premier League at the moment.

A player of Tanzanian origin who does well to his position on the field. He is one of the best players to be witnessed this season

The admission process for the academic year 2021/2022 has been completed for the Higher Education institutions in the country.

All the stakeholders who are enrolled in the various phases of the First-Degree in Higher Education in the country have been completed their admission procedures.

HLPC List Of Candidates For the License Exam in October 2021

The Tanzania Health Laboratory Practitioners Council (HLPC) has announced a list of candidates who will take the exams in October this year along with their respective centres.

Netflix is ​​the world’s leading entertainment streaming service, with more than 209 million paid memberships in more than 190 countries enjoying TV series, documentaries and feature films in a wide variety of genres and languages.  Members can view anything they want, anytime, anywhere, on any screen connected to the Internet.  Members can play, pause, and resume viewing, all without commercials or commitments.

In early 2021, Netflix announced its commitment to supporting black representation in the film and television industry for the creative ecosystem in South Africa.  Specifically, the company has committed to funding full postgraduate scholarships to higher education institutions in South Africa to support the formal qualification and training of aspiring black creatives in the disciplines of film and television.

The scholarship is designed to provide financial assistance through full scholarships at partner higher education institutions in South Africa, as listed below, to support the formal qualification and training of aspiring black creatives in the disciplines of film and television.

Postgraduate students pursuing one-year postgraduate studies in film, television and/or audiovisual-related degrees at one of the institutions listed below.

Black students, as defined by the B-BBEE Code of Conduct (Black, Colored or Indian).

Only South African citizens will be considered.

Undergraduate academic average of 60% minimum, must have studied between the years 2019 and 2021.

Self-funded students (students who have other scholarships or NSFAS funds will not qualify).

University of the Witwatersrand

AACA School of Film and Acting

The world’s highest-paid nurses (the top 10 per cent of registered nurses) earned more than R 104,100.  This number is based on the workplace (hospitals, health centres, specialized units, etc.), geographic location, and speciality. 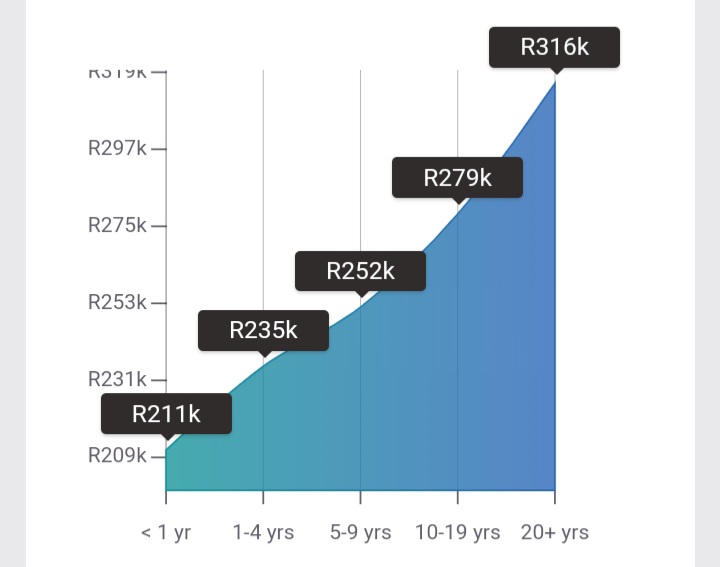 Which nurses get paid the most in South Africa (SA)?

To make your selection process a bit easier, this article will cover the best-paid nurse’s jobs and salaries in South Africa according to the South African Bureau of Labour Statistics (BLS). Although you are not advised to choose your career based on financial considerations alone.
With that in mind, below is a list of the highest-paid nursing job in South Africa.

How Much Do Certified Nurses Anesthetists Make?

According to the BLS, South African Nurse Anesthetists make an average salary of around $ 181,000 annually or about $ 87 per hour.
The salaries of an anaesthetist nurse in the top 10 per cent can reach $ 208,000 or more.

How Much Do Neonatal Nurse Practitioners Make?

According to Salary.com, the average salary for a neonatal nurse practitioner in South Africa is about $ 125,000 annually or about $ 50 per hour.
Salaries for neonatal nurses in the top 10th percentile can reach $ 145,000 or more.

How much do the staff of a Cardiology Nurse Make?

How Much do Orthopedic Nurse Practitioners Make?

Salary.com says the average salary of an Orthopedic Nurse Practitioner in South Africa is around $ 113,000 annually or about $ 54 per hour.
Orthopaedic nursing salaries in the top 10th percentile can reach up to $ 127,000 or more.

How Much do Oncology Nurse Practitioners Make?

South African Oncology Nurse Practitioner earns about $113,000 per year or about $54 per hour.
Oncology nursing salaries in the top 10th percentile can reach up to $121,000 or more.

How Much do Nurse Practitioners Make?

According to the South African BLS, General Nurse Practitioners generate an average salary of about $112,000 annually or about $53 per hour.
Nurse practitioner salary in the top 10th percentile can reach as high as $152,000 or more.

How Much do Family Nurse Practitioners Make?

According to Salary.com, the standard salary of a Family Nurse Practitioner is approximately $110,000 yearly or about $53 per hour.
Family nurse practitioner salaries in the top 10th percentile can reach as high as $128,000 or more.

How Much do Clinical Nurse Specialists Make?

According to Salary.com, the average income of a Clinical Nurse Specialist in South Africa is about $108,000 per year or about $52 per hour.
Clinical nursing salaries in the top 10th percentile can reach up to $127,000 or more.

How Much do Psychiatric Nurse Practitioners Make?

The average income of a Psychiatric Nurse Practitioner is about $107,000 per year or about $52 per hour.
A South African Psychiatric nursing salary in the top 10th percentile can reach as high as $127,000 or more.

How Much do Pediatric Nurse Practitioners Make?

The average salary of a Pediatric Nurse Practitioner in South Africa is roughly $107,000 per year or about $52 per hour.
Pediatric nursing salaries in the top 10th percentile can reach as high as $117,000 or more.

HLPC List Of Candidates For the License Exam in October 2021